RAM is used for programs and data as well as by the operating system for disk caching (using RAM to hold recently accessed information). Thus, installing more RAM improves transfers between the CPU and both RAM and hard drives. If your computer runs short of RAM, the operating system can also use the hard drive as virtual memory, a slow substitute for RAM. Although the hard drive can substitute for RAM in a pinch, don’t confuse RAM with mass storage devices such as hard disks or SSDs. Although the contents of RAM and mass storage can be changed freely, RAM loses its contents as soon as you shut down the computer, while magnetic storage can hold data for years. Although RAM’s contents are temporary, RAM is much faster than magnetic or SSD storage; RAM speed is measured in nanoseconds (billionths of a second), while magnetic and SSD storage is measured in milliseconds (thousandths of a second).

Ever-increasing amounts of RAM are needed as operating systems and applications get more powerful and add more features. Because RAM is one of the most popular upgrades to add to any laptop or desktop system during its lifespan, you need to understand how RAM works, which types of RAM exist, and how to add it to provide the biggest performance boost to the systems you maintain. 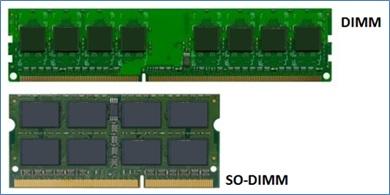 Here, are important uses of RAM:

We Can Fix All Devices All Issues

for one of our professional Apple Certified repair techs to help you with your Desktop, Laptop, Mac, Smartphone, Tablet, Microsoft Surface or other inquiry